Do you have kids looking for some fun and excitement during their summer break? Come to Orillia & Lake Country for some fantastic Kids Camps! From outdoor adventure to sports enthusiasts to crafts and creativity, we have day camps or overnight camps, for all age groups. Let your kids experience camp life while you enjoy all that Orillia & Lake Country has to offer!

SKI & SNOWBOARD AT MOUNT ST. LOUIS MOONSTONE! Skiing, snow boarding, rental equipment, lessons & food. Winter in Ontario’s Lake Country can’t get any better then this. Mount St. Louis Moonstone is one of the largest family owned ski resorts in Ontario offering great ski hills for skiing and snowboarding. It was founded in 1964 by Austrian Alpine skier Josl Huter. The resort is located just north of Barrie in the snow belt region of Ontario. Today, it offers 36 slopes, 3 terrain parks, 9 chairlifts and 3 carpets. The resort is known for being family friendly and prides itself on accommodating the beginner skier to the most advanced skier. Hours of Operation: (closed December 25th) *Monday & Tuesday 9am – 4:30pm* *Wednesday – Sunday 9am – 9pm* *Weather permitting New to skiing? Try this beginner ski package! 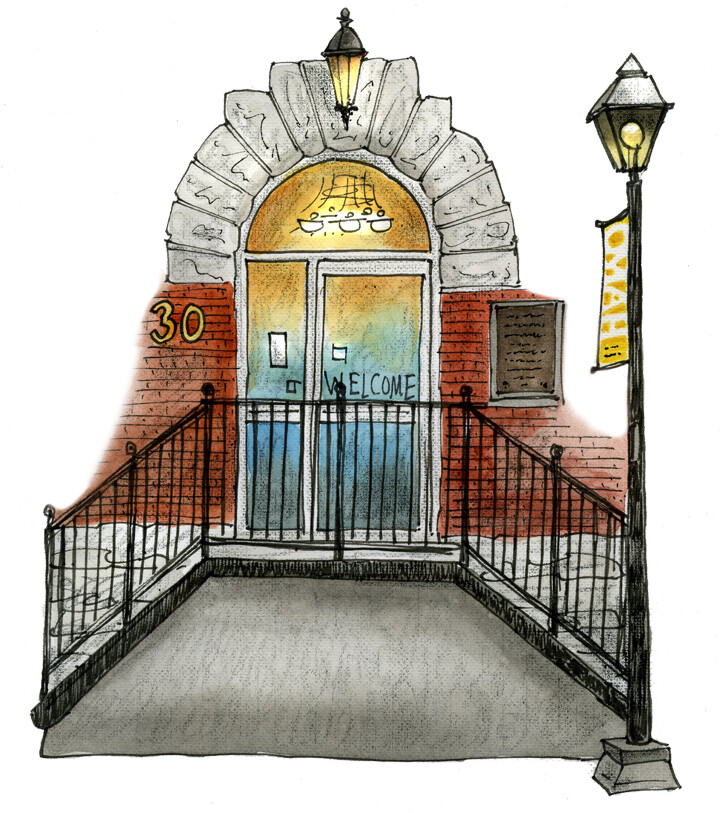 The Orillia Museum of Art & History is located in the historic 1894 Sir Sam Steele Memorial Building in the heart of downtown Orillia’s shopping and restaurant district. This unique art gallery and museum presents significant art & history exhibitions of both regional and national importance. 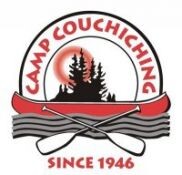 For over 60 years, boys and girls aged 6 – 16 have enjoyed residential summer camp experiences at Camp Couchiching. Often referred to as Camp Cooch, the camp is known for one of the most exciting camping experiences to be found in Ontario. Located just outside of Orillia on Lake Couchiching. 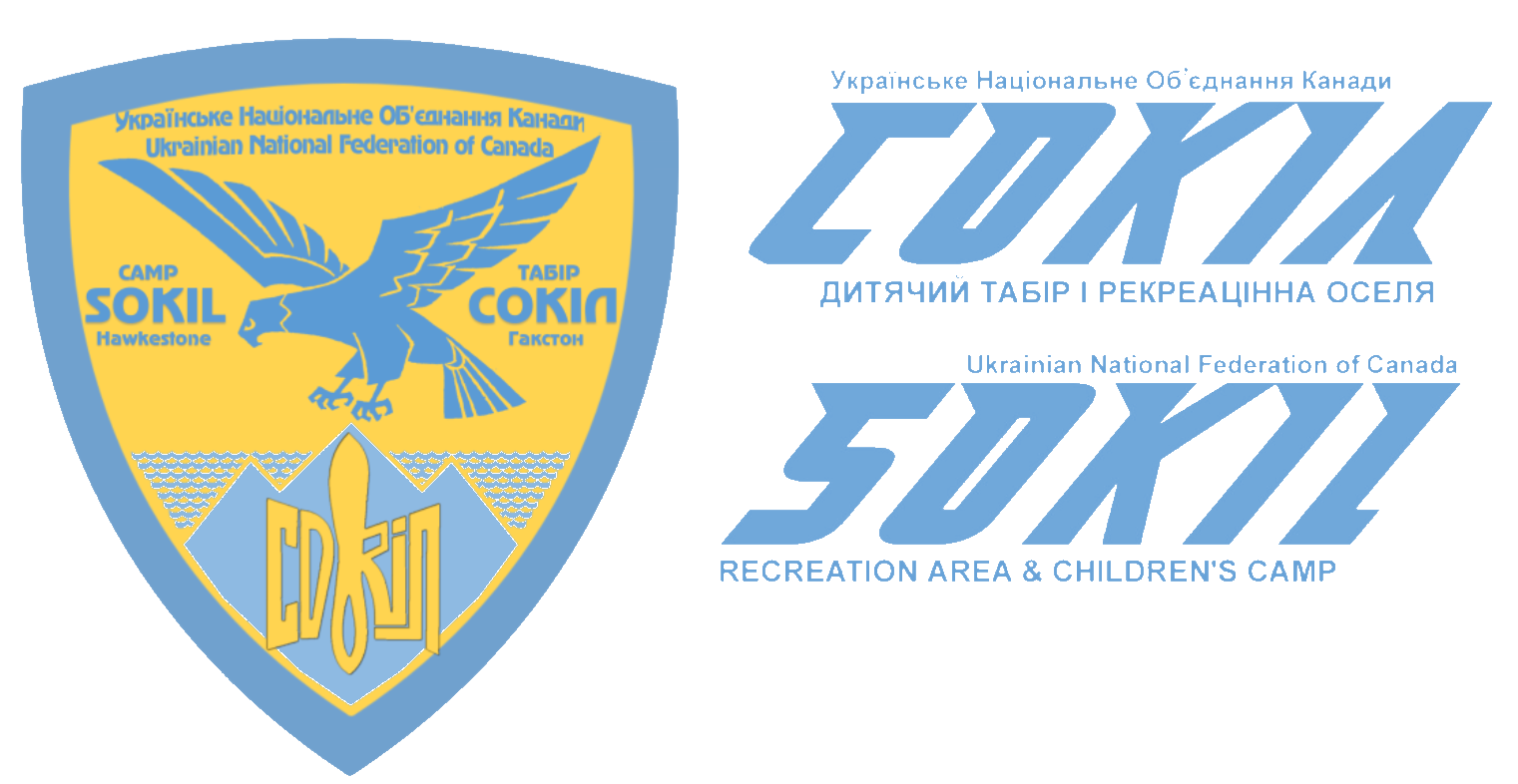 THE BEST CAMP EXPERIENCE! UNF Camp Sokil Nestled on the sandy beaches of beautiful Lake Simcoe, Camp Sokil offers a summer experience rich in fun, friendship, cultural learning and adventure. Our programs are designed to grow with our campers and we offer age specific camp experiences. Our Leadership Camp is designed for campers aged 13 to 16 and engages young leaders with camping, canoeing and character building activities. Our Kids Camp, for campers aged 6 to 12, is designed to let campers grow and learn while having fun in our beautiful forests, meadows and lake! Both are packed with arts and crafts, sports and life skills that will enrich their learning and development. “We don’t fly, we soar at Sokil!“ 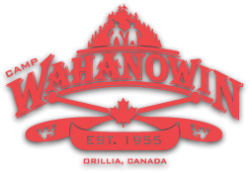 Wahanowin is committed to this tradition of giving children the opportunity to establish lifelong friendships, learn new skills, gain an appreciation for the outdoors, achieve independence and be a contributing member of “our” camp community. We invite you to join the Wahanowin family and to have an unforgettable camp experience, open a brand new chapter in your life and “create friendships and memories to last a lifetime!”.

Discovery Harbour traces its roots back to the original British naval and military base in Penetanguishene, built to safeguard access to Upper Canada after the War of 1812. “His Majesty’s Naval Establishment on Lake Huron”, (as it was first called) kept ships prepared to supply British posts to the northwest. By 1820, it was home to over 70 people, including sailors, officers, shipwrights, and soldiers. Five large ships, 15 smaller vessels, and numerous workshops and dwellings were built. In 1828, a British garrison on Drummond Island was relocated to Penetanguishene. By 1834, Canada was defended exclusively by these forces. An impressive stone Officers’ Quarters was built in 1845. The military occupied the site until 1856. 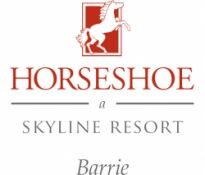 Camp Horseshoe Lessons Welcome to Camp Horseshoe, formally known as Kids Korral. At Camp Horseshoe, we offer great ways to keep the little ones entertained! Starting at age 3, you can choose from one of our many options. On holidays and weekends we offer our traditional half and full day group lessons. Wednesday to Friday, we offer half and full day packages with a twist that consists of fun outdoor activities in the morning and a lesson in the afternoon. Lessons will be taught to accommodate the lowest level. For those looking to progress and advance past the novice level, we recommend private lessons. Please be advised that lessons may stop for washroom and warm up breaks as required. Lessons are for ages 3 – 12 Ponies are ages 3 – 5 and Riders are ages 6 – 12 All lessons require lift pass and helmet 24 hour cancellation policy Pre-bookings are recommended to secure your spot Drop-ins will be accommodated if possible Please call Camp Horseshoe at 705-835-2790 ext. 1286 to book your spot. Ski Lessons Starts at age 3 Beginner: New to skiing, has yet to master stopping and turning. Novice: Can comfortably complete beginner terrain (green circle and magic […]

SKI & SNOWBOARD AT MOUNT ST. LOUIS MOONSTONE! Skiing, snow boarding, rental equipment, lessons & food. Winter in Ontario’s Lake Country can’t get any better then this. Mount St. Louis Moonstone is one of the largest family owned ski resorts in Ontario offering great ski hills for skiing and snowboarding. It was founded in 1964 by Austrian Alpine skier Josl Huter. The resort is located just north of Barrie in the snow belt region of Ontario. Today, it offers 36 slopes, 3 terrain parks, 9 chairlifts and 3 carpets. The resort is known for being family friendly and prides itself on accommodating the beginner skier to the most advanced skier. Hours of Operation: (closed December 25th) *Monday & Tuesday 9am – 4:30pm* *Wednesday – Sunday 9am – 9pm* *Weather permitting New to skiing? Try this beginner ski package!

The Ontario Educational Leadership Centre (OELC) has been offering leadership programs to students since 1948. As a partner within the educational community and as a volunteer not-for-profit corporation, we provide students and other participants with a unique opportunity to develop and enhance their personal and leadership skills with courses focusing on different areas of interest e.g. fine arts, music, athletics, diversity education, student government & environmental advocacy.

The Orillia Museum of Art & History is located in the historic 1894 Sir Sam Steele Memorial Building in the heart of downtown Orillia’s shopping and restaurant district. This unique art gallery and museum presents significant art & history exhibitions of both regional and national importance. 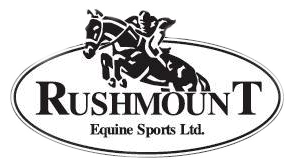 At Rushmount Equine Sports, trainers are committed to the development and creation of innovative horse sport products and services. It is their philosophy and ambition to jump into the future of Equine Sport, providing their customer with amazing and the highest level of satisfaction! Great service and knowledge is very important to the trainers and employees! Camps are designed to help you learn how to ride, jump, and more! And to also have fun with your horses and ponies. Many activities take place during the summer camps such as theme days!. Crafts, horse snack baking, games, exercises, trail rides and so much more will be available to try and enjoy throughout the camp!

SAINTE MARIE AMONG THE HURONS

Ontario’s first European Community, Sainte-Marie among the Hurons was the headquarters for the French Jesuit Mission to the Huron Wendat people. In 1639, the Jesuits, along with French lay workers, began construction of a fenced community that included barracks, a church, workshops, residences, and a sheltered area for Native visitors. By 1648, Sainte-Marie was a wilderness home to 66 French men, representing one-fifth of the entire population of New France. Today throughout July and August, Sainte-Marie among the Hurons is pleased to offer fun and informative demonstrations and “hands-on” activities that share aspects of life in the 17th century, including 17th century fire-starting, historic clothing and medicine, native games, 17th century music, historic cooking, and more.

Exhibits and hands-on educational programs featuring live reptiles, amphibians and fish of Canada, and from around the world. Nature trails and outdoor programs about ecology and conservation. Small gift shop. Group rates for schools, camps, scouts & guides, etc. Located just outside of Orillia in Oro-Medonte. 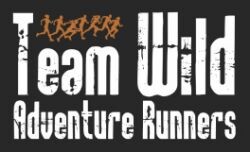 Kids, ages 3 and up, take the challenge and join Team Wild Adventure Runners – then its Ready, Set, Go as you run, jump, lift, crawl, and climb your way into Adventure Running shape. Team Wild fitness trainers will push your limits weekly with fun runs, games, challenges, and obstacles that develop strength and stamina. Runners will have the opportunity to challenge themselves as our team participates in various running events, including our own Run Wild obstacle run through our 50 acre adventure trail course. Be ready and dressed for any kind of weather, part of the challenge is the outdoor elements. Special weekend training opportunities will run at Wild Life Academy and/or on the hills of Mt. St. Louis (the site of Tough Mudder – obstacle adventure run) to Team Wild Adventure Runners. 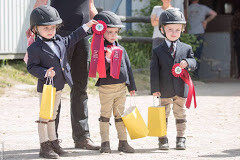 TOP OF THE HILL FARM

Top of the Hill Farm is a family owned, modern equestrian facility, specializing in hunters, jumpers and ponies located on 50 beautiful acres, conveniently located close to Barrie, Orillia and Midland in Oro-Medonte just outside the village of Warminster. The barn has 40 stalls, each with soft stall, a wash stall complete with heat lamps, bathroom, washer-dryer, a heated tack room with individual lockers and an 80’x168’ indoor arena. Top of the Hill has a 200’ X 200’ outdoor sand ring and trails for riding. We feature many newly fenced paddocks that provide our horses with outdoor turnout in small compatible groups. We feature a spacious and comfortable living room style viewing area that is temperature controlled, with a full kitchen. It is a great place for parents, friends and family members to watch lessons and clinics in any weather. You will find that we are a family-oriented barn where riders advance quickly in a safe, happy atmosphere. Come and join us for a great experience.

Fantastic kids camp, offering summer day camps, march break and more day camp opportunities just outside of Orillia in Coldwater. The camp’s vision is to provide a supportive place for fun, creativity, initiative, contribution, and to draw on the leadership within us all. All campers are encouraged to impart their leadership throughout the camp community, to use positive communication and problem solving to overcome obstacles, to be respectful of our inclusive environment and the individuals who share in it, and to contribute their own creative thoughts and abilities within our safe camp culture. Wild Life Camp strives to continually challenge campers with dynamic experiential activities, while always respecting their individual comfort and skill level. Campers have an opportunity to build friendships and contribute as a special part of this camp community. 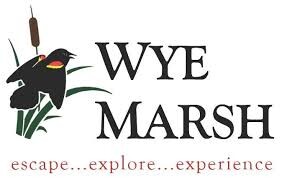 Wye Marsh is the place to escape, explore, and experience nature up close. Located in the Heart of Georgian Bay on 3,000 acres of National & Provincial Wildlife Area, your natural adventure begins at Wye Marsh. The Centre includes 25 km of hiking, biking and skiing trails, an amphibian and reptile display hall, canoeing and kayaking routes, an observation tower and boardwalks, birds of prey display and shows, educational programs and guided ecotours throughout the year. There are great opportunities for wildlife viewing and birding, including seeing the magnificent trumpeter swan. Certified “Bicycle-Friendly” by Ontario By Bike. Wye Marsh is approximately 30 minutes from Orillia. Youtube Channel: https://www.youtube.com/user/WyeMarshTV

YMCA Geneva Park is more than dining and accommodation. Our conference venue offers a modular approach to meetings and conferences that allows you to choose from a variety of offerings to create the perfect package. From facilitation and keynote speeches to experiential learning and strategic planning, our conference centre has everything you need to make your event a success. The YMCA of Simcoe/Muskoka is excited to be able to offer Outdoor Experiential Education Programs at YMCA Geneva Park for school groups, youth groups and families. YMCA Geneva Park is also home to a summer day and overnight camp. Come and enjoy the outdoors in this waterfront facility along the shores of Lake Couchiching. 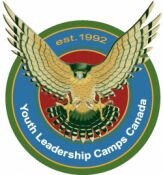 Leadership camp for all ages. We offer a variety of programs from day camp to overnight camps for kids and youth along the shores of Lake Simcoe in Oro-Medonte. School Programs, Fall Family Festival and more. Contact YLCC for more information on their programs.