Award-winning outdoor writer, Wil Wegman, is back with tips for fall fishing on the waters of Lake Couchiching and Lake Simcoe in this five part anglers series for Orillia & Lake Country. 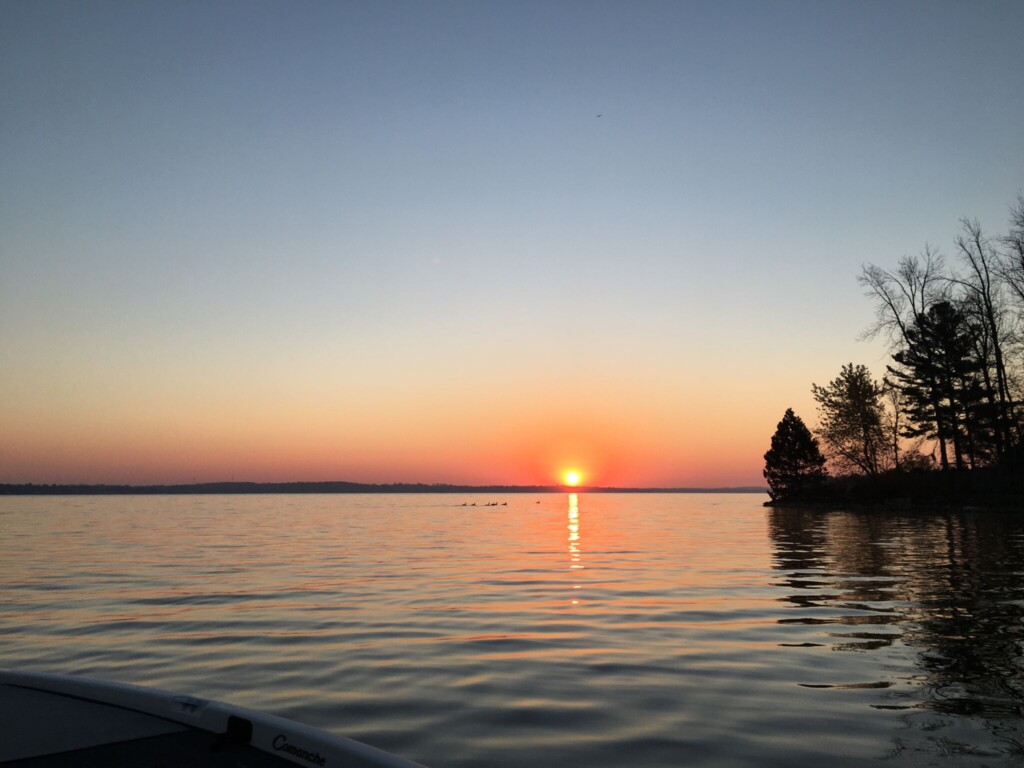 It never ceases to amaze me how after the Labour Day Long Weekend it’s like a light switch went off and suddenly the throngs of visitors enjoying the recreational activities of this beautiful region, are all but gone. For those anglers in the know however, autumn may well be the most enjoyable and productive time to be on the water … somewhere in Orillia Lake Country.

During the mid-1980’s when I first started fishing Lake Couchiching it was primarily for one species at a very specific time of year – during the months of September and October. It’s also when I began a lifelong foray into the world of competitive fishing via one of this country’s longest standing bass tournaments – the Orillia Fall Challenge. (More info on this annual event can be found here .) Back then I had a small aluminum bass boat with just a 30 HP, but because of the great fall smallmouth fishing I still enjoyed consistently pleasing results year after year against some of this country’s top bass anglers. Back then as well – far more anglers – both recreational and competitive, relied on the prolific abundance of smallmouth “up in the Limestones” area of Couchiching to easily catch their limit of hard fighting bronzebacks.

Today the fall fishery may be more challenging as the Limestones is just ‘another good spot’ and anglers have realized big smallies hold in dozens of rocky and or rock-weed transition zones all over the lake. Another major change has occurred for the fall bass angler and that is the influx of far more largemouth into this waterbody- so much so that mixed bags are often the ticket to success. 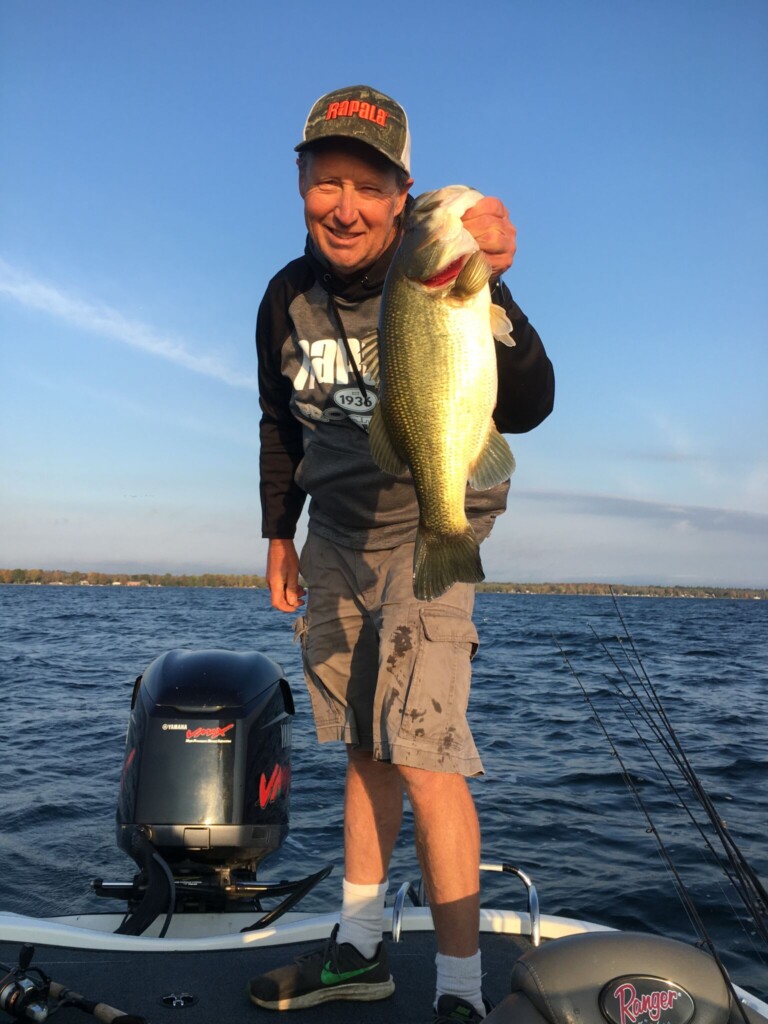 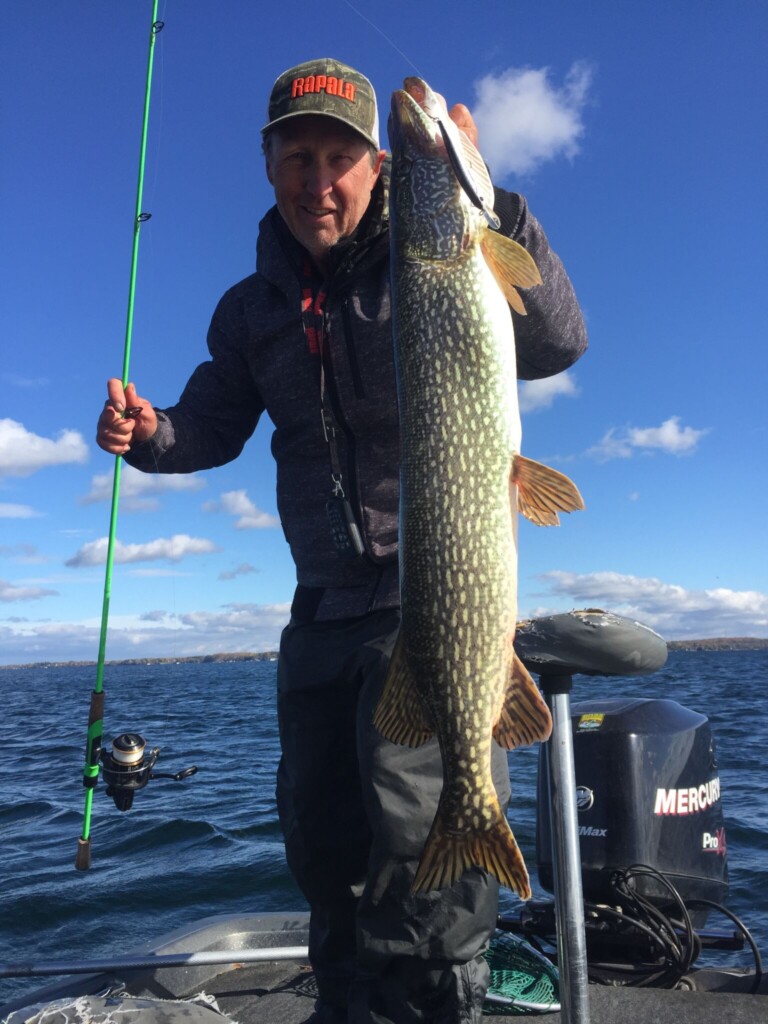 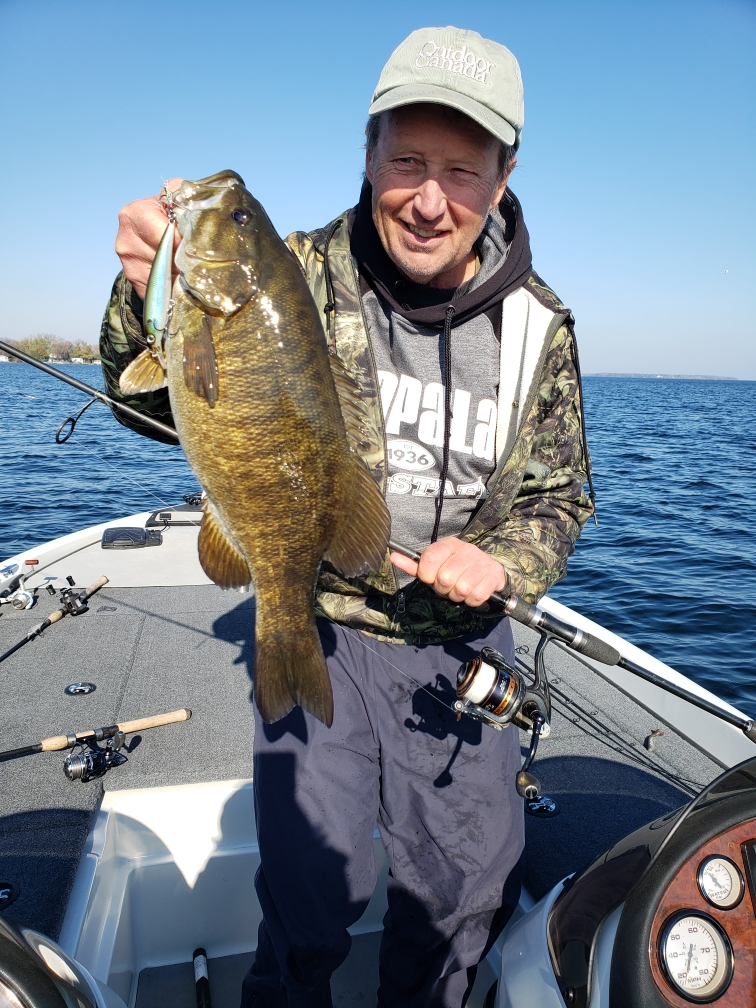 Fall Couchiching Tips: Early mornings are prime time, and top water lures – particularly during earlier/warmer fall periods, are a surefire way to get your bass juices flowing for the rest of the day. Storm Chug Bugs and Rapala X Pops are two poppers that never disappoint and the Rapala X Walk or Arashi Top Walker allow you to drive upwards looking bass crazy with that seductive walk the dog side to side motion. As the day progresses, deep diving crankbaits like Rapala DT 16’s – for weedline oriented largemouth particularly, are often the bait hard core pros don’t want to talk too much about. Tube jigs worked incredibly well back in the mid 80’s when they first came out as Gitzits and day in and day out can still hold their own today for either largemouth or smallmouth. Of course don’t forget drop shot and Ned Rigs for inactive mid-day bass and if it’s calm and sunny try the Arashi Spinbait. When the wind blows as it often does here, Terminator spinnerbaits will not only catch active bass, but the lake’s plentiful northern pike as well. Some of my biggest Couchiching pike have come well into November or later! Perch begin to group up later in the fall and small 13 Fishing Vertigo Minnow on a jig or drop shot can do wonders for these tasty panfish. 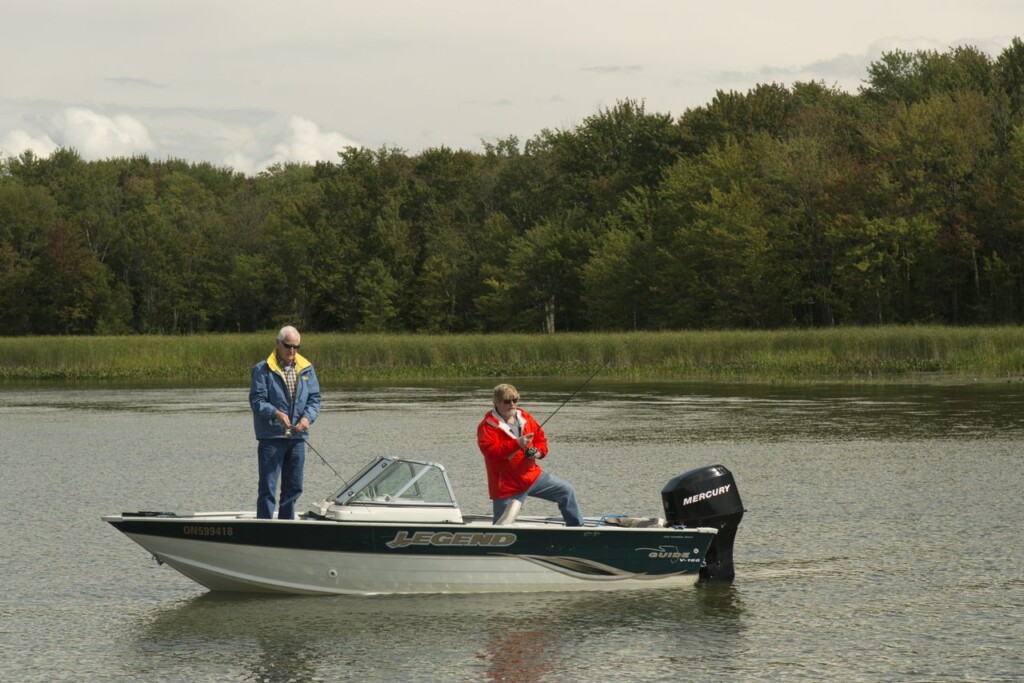 Lake Simcoe: If you go through the historic Atherley Narrows and on into Lake Simcoe, you can be ready to battle some of the biggest smallmouth bass North America has to offer – and there’s no better time to do that than in the fall.   In fact the all-time Canadian record of five bass weighing just over 32 pounds came from this lake in a Fall Bass Tournament held out of Orillia and every year it still takes over 30 pounds to win. Recreational anglers can realistically expect to catch their Personal Best at many locations near the top end of the lake in Simcoe County – with 6 and even 7 pounders not out of reach. 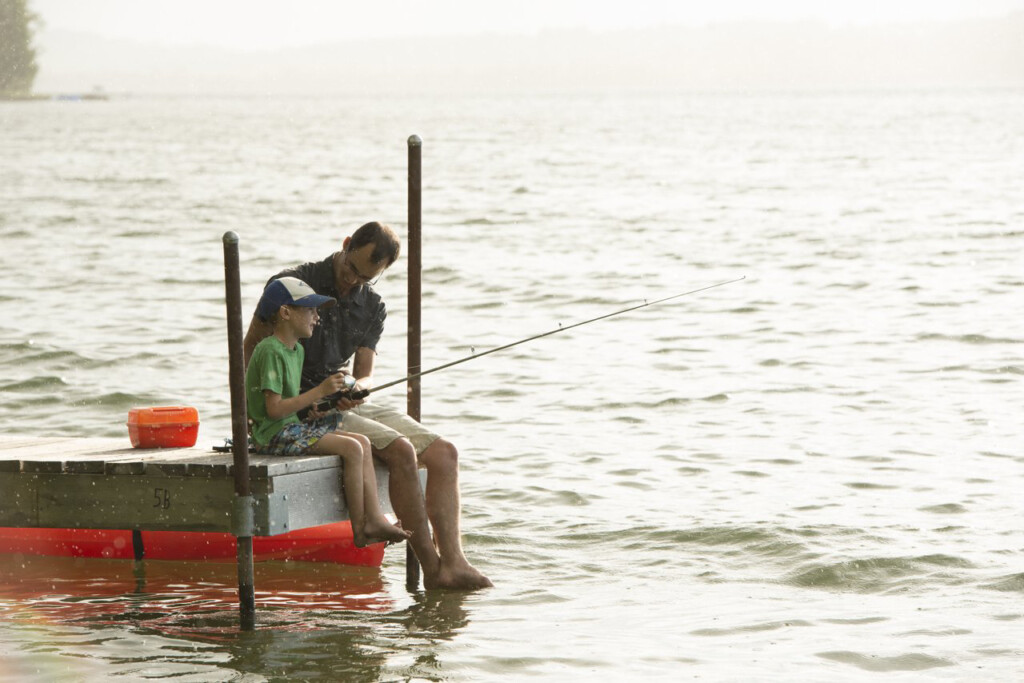 Other Top Fall Spots in OLC: For those anglers visiting our wonderful region this fall, you could easily make Orillia the base for multiple day fishing trips to other smaller waterbodies not as big (or potentially as rough when windy) as Couchiching and Simcoe. Bass Lake, for instance, is just 10 minutes from Orillia and provides surprisingly decent smallmouth bass fishing. Sparrow Lake to the north is much larger, but is blessed with a myriad of secluded bays loaded with large and smallmouth bass, northern pike, walleye and even the odd muskie. It’s here that the awe-inspiring scenery of the Canadian Shield really starts in full force and the fall colours combined with the great scenery make for a memorable boating and fishing experience. You could also choose to make this lake your base of piscatorial endeavors and stay at Bayview Wildwood Resort

There are several more good fall fishing locations in OLC and Simcoe County including southern Georgian Bay and smaller inland lakes in Severn Township. You can check out Severn-boat-launches for places to launch. One of those is Maclean Lake, which incidentally is connected to and just a short boat ride away from one of my favorite fall bass hangouts – Gloucester Pool.

To see the other three parts of the this five part series on Fishing Orillia Lake Country please click, here

Wil Wegman is an award winning outdoor writer from Simcoe County who has been published in most Canadian and several US outdoor and fishing magazines and appeared as a guest on several popular fishing TV shows. Wil was inducted into the Canadian Angler Hall of Fame in 2017 and has won the National Recreational Fisheries Award,  The OFAH Rick Morgan Professional Conservation Award and the Bill Bond Memorial Award. He can be reached through his Focus on Fishing site at www.wilwegman.com

Another reason to visit Simcoe County