‘Til I Hear You Sing! 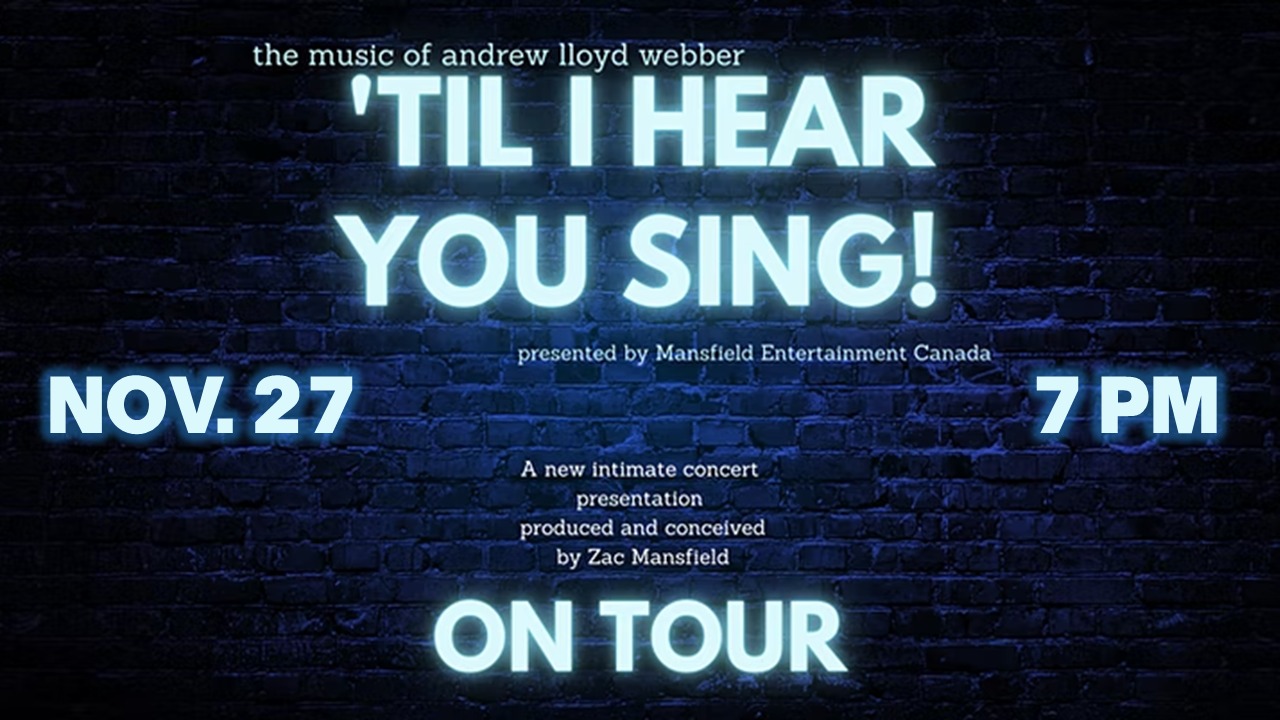 For over half a century, Andrew Lloyd Webber’s music has dazzled audiences.  He has composed 13 musicals, a song cycle, a set of variations, two film scores, and a Latin Requiem Mass. Several of his songs have been widely recorded and were hits outside of their parent musicals, notably “The Music of the Night” and “All I Ask of You” from The Phantom of the Opera, “I Don’t Know How to Love Him” from Jesus Christ Superstar, “Don’t Cry for Me Argentina” from Evita, “Any Dream Will Do” from Joseph and the Amazing Technicolour Dreamcoat and “Memory” from Cats.

In celebration of the Lord Lloyd Webber’s music Zac Mansfield has put together a new and improved revue show featuring all of your favourite songs, plus obscure gems from Andrew’s lesser known shows.

Scale back to feature stunning vocalists backed by the hauntingly intimate accompaniment of the piano with anecdotal narrations provided to enhance your experience and admiration of the Lord Lloyd Webber’s music!