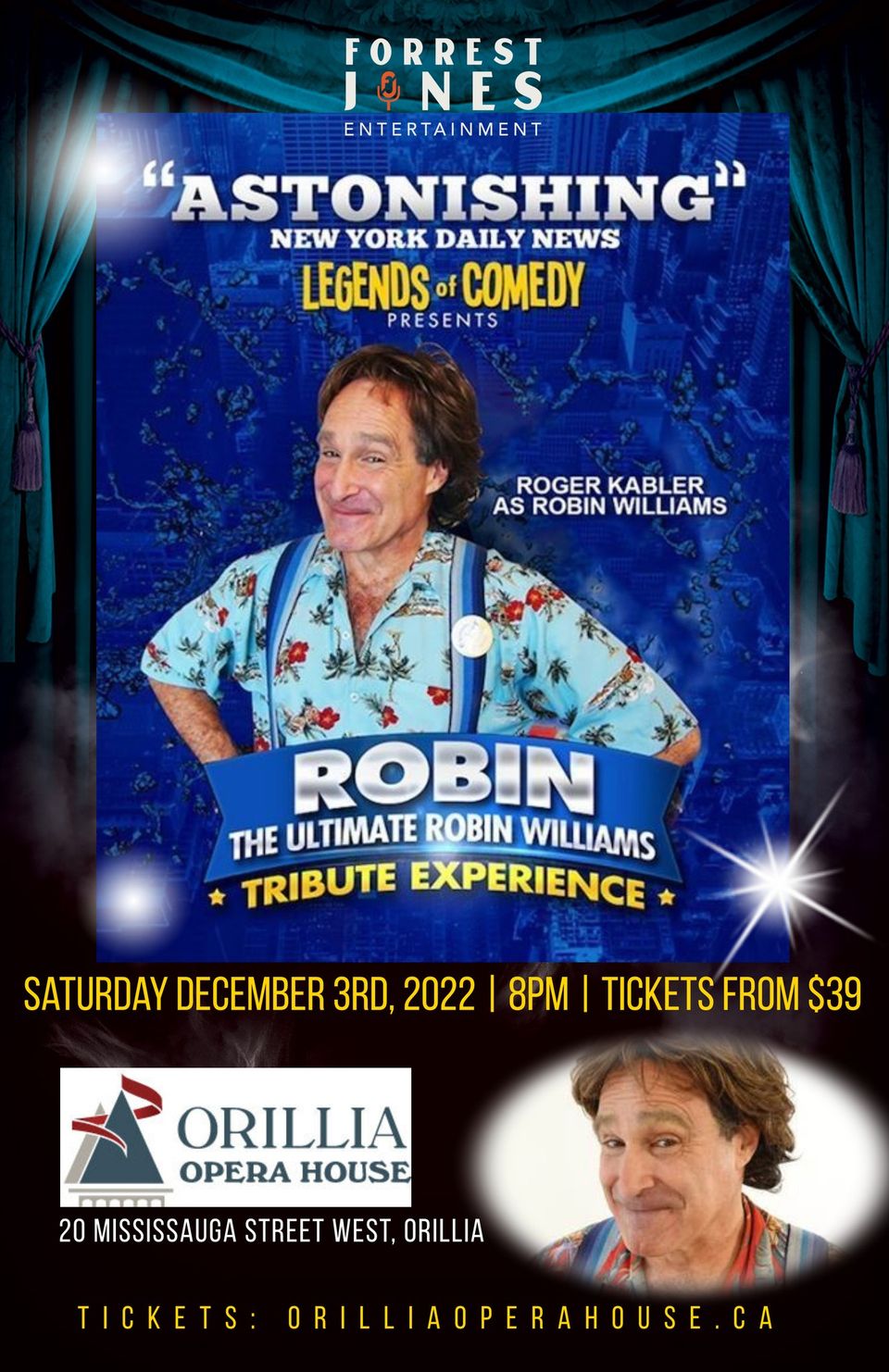 An incredible live reincarnation of one of the greatest comedic icons of all time – Robin Williams!

Starring Roger Kabler from New York City, award winning movie actor, stand-up comic and considered one of America’s greatest impressionists! Becoming one of the hottest shows in America, selling out major venues everywhere, this is the first time for the show in Canada! Roger Kabler performed as one of the cast members of the Carol Burnett Show in the 90s.

If you never had the chance to see what it was like to see Robin Williams in concert, now is the time!