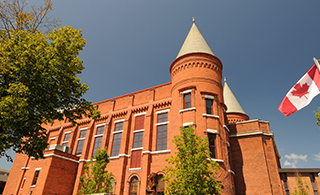 Established in Southern Ontario in 1997, “Practically Hip” wows their audiences with their passionate recreation of the Hip’s unique sound. They are the most sought after “Tragically Hip” tribute/clone act in Ontario and the U.S.

You’ll be amazed at the vocal ability of Dean Hughes! You will think you are hearing Gord Downie as Dean performs the songs, rants and stories for which the Hip is known for.

This five peice band gives their audiences the highest level of energy and musicianship. While playing songs note perfect and then adding jams the Hip is known for, is something their audiences constantly rave about.

Practically Hip has played various clubs, universities and colleges throughout Ontario and the U.S.