An event every week that begins at 7:30pm on Thursday, Friday and Saturday, repeating until April 22, 2023 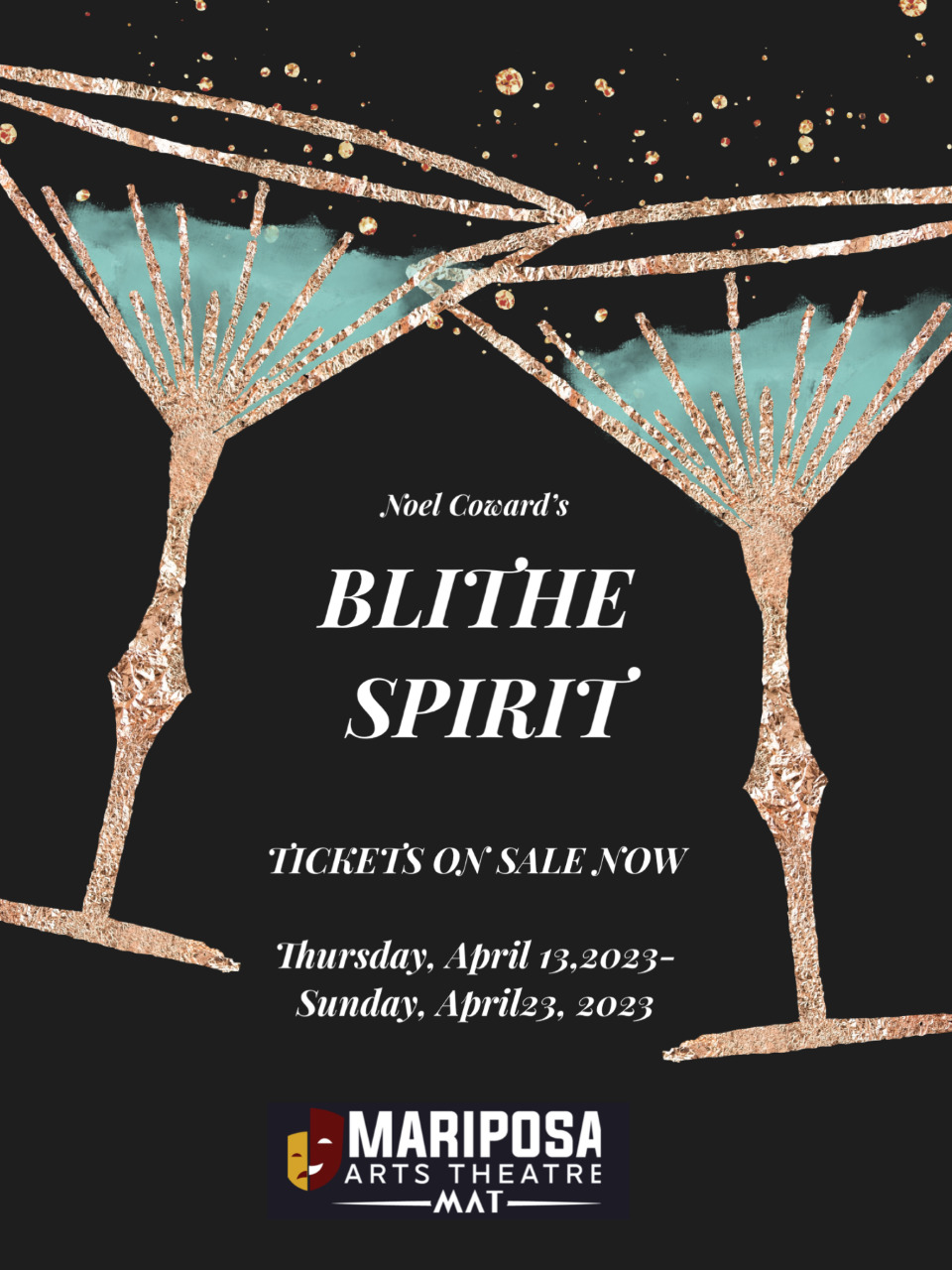 Need a laugh? Then you won’t want to miss this pop-your-cork comedy classic!

‘Blithe Spirit’ is a play by renowned British playwright Noel Coward. It was first performed in London’s West End in 1941 where it ran for a record 1,997 performances before moving on to Broadway later that year. ‘Blithe Spirit’ is a clever, campy, well-dressed comedy that centres around socialite and novelist Charles Condomine, who invites the flamboyant clairvoyant Madame Arcati to his house to conduct a seance. He hopes to use the experience to write his next book, however, the plan backfires when Arcati ‘accidentally’ summons his late first wife, Elvira. As mischievous in death as she was in life, Elvira attempts to disrupt his marriage to his second wife, Ruth, who cannot see or hear the ghost. What follows is an unpredictable and hilarious series of events that promises to lift your own spirits.

‘Blithe Spirit’ is one of Coward’s most acclaimed plays and Mariposa Arts Theatre is honoured to continue the tradition with Orillia audiences.