Bard in the Yard: Twelfth Night 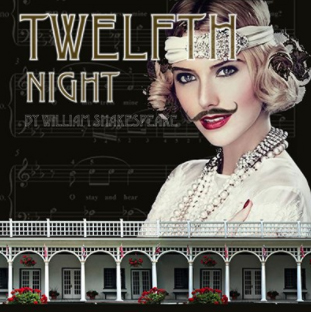 After a lamentable year of no theatre, MAT is elated to be working with the Stephen Leacock Museum, out-doors, in the open-air, to kick off our 2021/2022 season. Shakespeare’s most perfect comedy, TWELFTH NIGHT, runs from August 25 to September 5. The gender-bending comic romp follows shipwrecked brother-sister twins who find themselves entangled in the upstairs/downstairs shenanigans of the best houses in their new country! Set in the early 1930s, the first years of the Stephen Leacock house, the production makes generous use of the restored home, splendid gardens, and lakeside environs to recreate the majesty and mystery of Shakespeare’s Illyria.

Canadian-born, American-based director Randy White is excited to be helming his first Mariposa Arts Theatre production. Hailing from the Maritimes, with in-laws in Orillia, Randy has spent twenty years in NYC and Chicago, working on and off-Broadway and founding and running a highly successful regional theatre in Indiana. Randy has worked coast-to-coast in North-America, but notes, “I’ve never directed in such an amazing setting and with such a dedicated group of artists. I’m really excited!” And MAT is just as thrilled to welcome Randy to Orillia!

Tickets are $30 and available through the Orillia Opera House box office online at orilliaoperahouse.ca or by phone at 705-326-8011.

Bard in the Yard hopes to be an ongoing partnership between MAT and the Stephen Leacock Museum as a celebration of the blend of the written word and the performing arts immersed along the shores of Orillia’s Lake Country.

In light of the COVID-19 pandemic, seating capacity is limited in accordance with Provincial restrictions. Audiences will be asked to bring their own lawn chairs, and comply with safety precautions at the Museum grounds. MAT and the Stephen Leacock Museum will implement guidelines set by the City of Orillia and Public Health authorities. In the case of extreme weather, ticket holders will be contacted for any cancellations. Note that this production has mature themes.